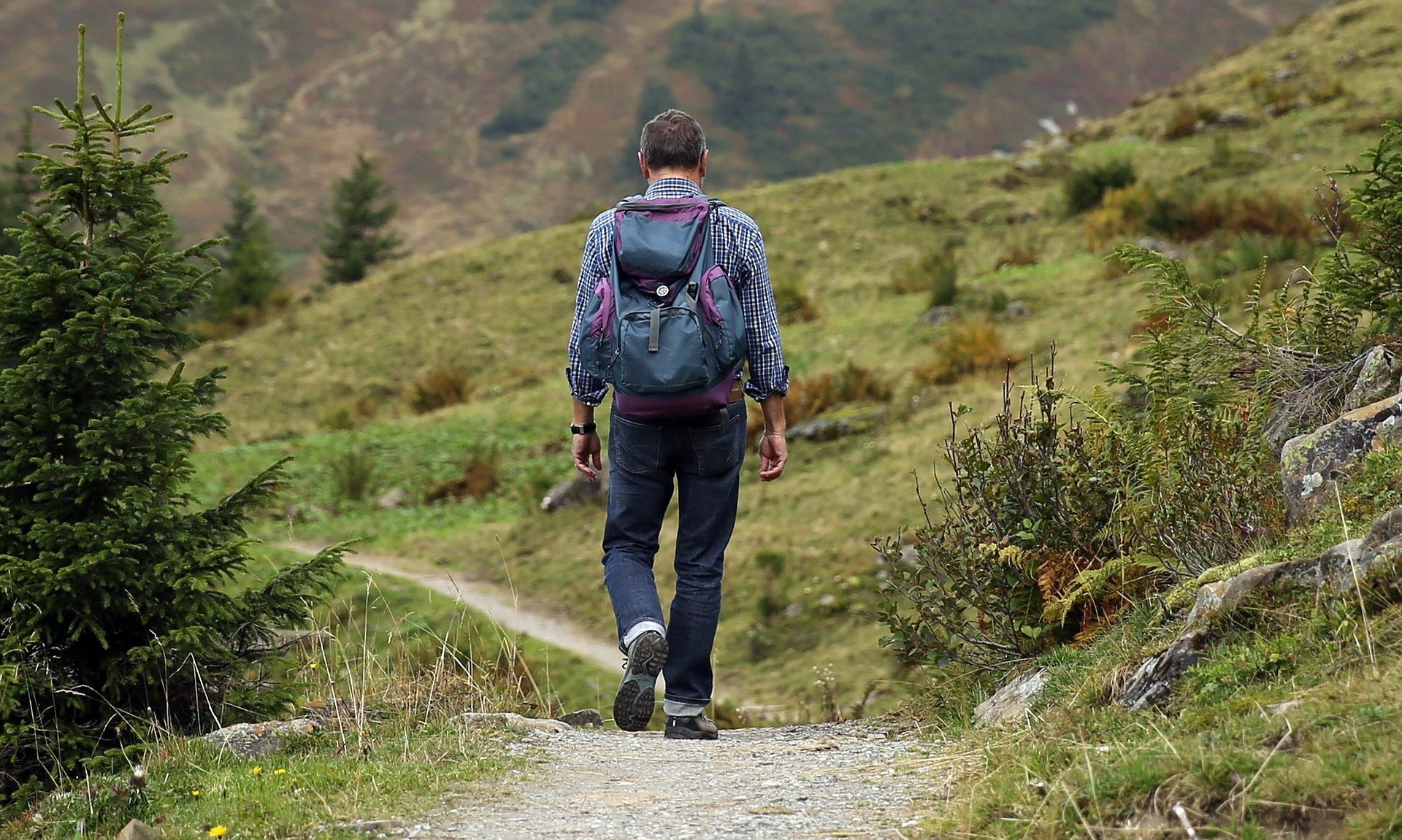 A group of fifteen walkers joined Joy and sheepdog Bracken at Rhoose Railway Station for the second of Penarth and District Ramblers popular evening walks and following a quick briefing on Covid rules they set off on a socially distanced walk.

The evening sunlight was spectacular and making their way south westwards under deep blue skies through fields beside the main Vale railway line which was re-opened back in June 2005, a short road walk brought them into Fontygary Leisure park with its rows and rows of neat caravans all facing the sea.

The views across the Bristol Channel to the Somerset and north Devon coastline were a little hazy, but the chiselled outline of Dunkery Beacon which stands at a height of 519m and is the highest part of Exmoor stood proudly on the horizon.

Warning of high winds in Vale

The route was chosen to take in the cliff steps leading from the caravan park down to the salt flats and lagoons at Andrew’s Pant, as this is part of the long distance Wales Coast Path.

The steps were very much in need of repair as handrails and steps were missing causing problems to locals, walkers and cyclists who regularly use this route. Unfortunately the Covid pandemic held up work, but now the steps have been fully repaired and the groups’ thanks go to Andy Briscombe at the Vale of Glamorgan Council and the contractors who worked very hard and have done a magnificent job in the refurbishment.

The salt lagoons were full following an afternoon tide and heading along the salt flats and crossing the sea wall, which goes all the way to Gileston and protects both the land and the now closed Aberthaw Power Station from flooding, the picturesque lake at Pleasant Harbour came into view.

Guarding the lake like a sentinel are the remains of the old Lime Works which are Grade II listed. Built in 1888 in order to process the local blue lias limestone, which also contains clay and mud and has hydraulic qualities so it can set underwater, the lime could also be used on the land as well as for lime mortar. Two vertical pot draw kilns with a capacity of 300-tons each and an output of 46-tons of burnt lime per day were worked until 1926, when production ceased and was moved to the nearby Aberthaw Cement Works.

During the 16th century East Aberthaw was a small but thriving port and with the Bristol Channel being renowned for smuggling, apparently tobacco smuggling at Aberthaw was rife and no doubt the nearby Blue Anchor Inn which has been trading since 1380 played its part in that. Although its waters were shallow business continued until around 1840, when its use as a port declined as the area silted up and later the River Thaw was diverted when the Aberthaw Power Station was built in the late 1950’s.

Circumnavigating the lake which is surrounded by reed beds and attracts swans, cormorants and a variety of ducks and coots, a grey heron was spotted doing a bit of evening fishing at the lakes edge and having a conversation about birds of prey in the area, as if by magic a buzzard flew overhead from the top of the limeworks.

Returning along the salt flats and heading below the steep cliffs to climb the 99-steps back into the caravan park, a brief stop at the top to catch the breath before making their way along the narrow rough Wales Coast Path, passing Fontygary beach and the disused Rhoose limestone quarries. More steps led them towards the flooded Rhoose quarries with long distance views towards Flat and Steep Holm, Weston-Super-Mare and the Severn Estuary before turning inland where a short climb brought them out into a field for the return to their start.