Doctors are warning against a ‘dangerous’ trend of Americans making DIY weight-loss injections at home with raw chemicals bought online.

People are being driven to websites normally used by research groups to buy experimental chemicals amid a nationwide shortage of Wegovy and Ozempic.

The drugs – originally targeted for people with diabetes – have exploded in popularity after several celebrities and influencers were rumored to have used them to slim down, including Kim Kardashian and Elon Musk.

DailyMail.com found nearly a dozen websites selling semaglutide, the active ingredient in Wegovy and Ozempic, for between $80 and $300 for up to two months’ worth. Two of the websites had completely sold out of the chemical, and one had a tutorial teaching people how to mix the ingredients and inject them.

But Dr Shauna Levy, an assistant professor of bariatric surgery at Tulane University in New Orleans, who sits on the American Board of Obesity Medicine, told DailyMail.com making the medication at home is ‘incredibly unsafe on so many levels’ and puts people at risk of side effects, unsafe ingredients and overdosing. 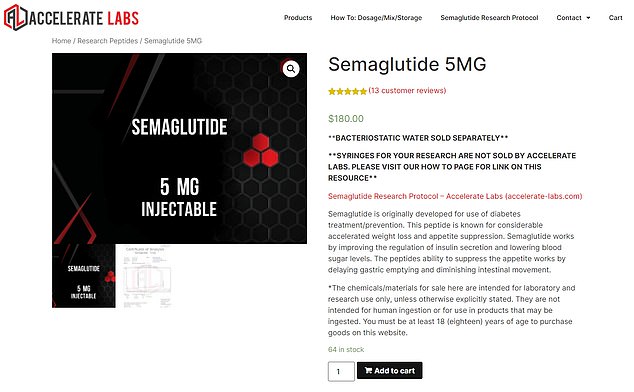 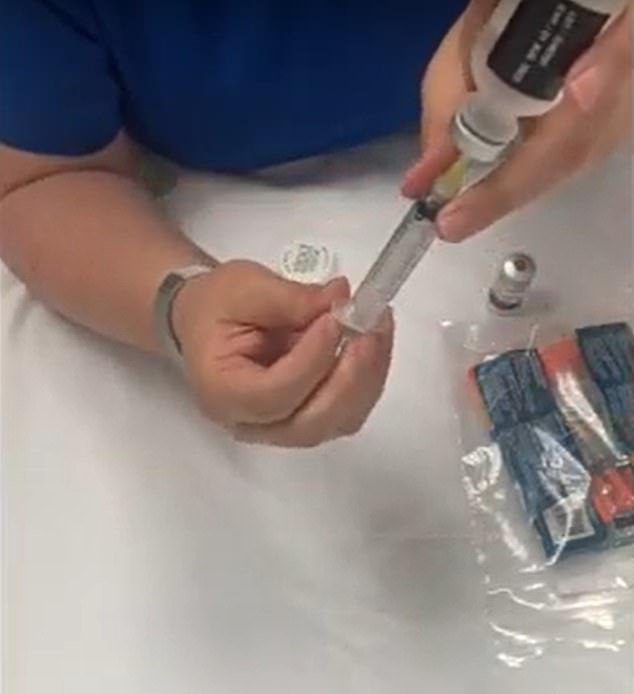 An online video linked to by one of the websites showing how to prepare the drug at home, which is also used to treat type 2 diabetes

The websites – which often included words like ‘laboratory’ or ‘asylum’ in their title – sell a range of research chemicals, including hormones and steroids, which they state are ‘not for human consumption’.

Listings for many of the chemicals state they are only to be purchased for scientific research purposes – a warning that allows the sites to exploit a legal loophole.

DailyMail.com also found semaglutide on 10 sites. It was sold in powder form, to be mixed with bacteriostatic water before being injected into the abdomen.

Most sites state semaglutide should only be used for ‘laboratory and research use only’ but customer reviews on the sites hailing it the ‘perfect product to weight loss’ suggest it is being bought in place of Wegovy.

One review on Amino Asylum said: ‘Stuff is legit and high quality. This is the first semaglutide I tried and lost 15lbs… Only reason I’m leaving three stars is because I can find it from other places now for almost half the price. Prices for semaglutide is going down from what I’ve seen.’ 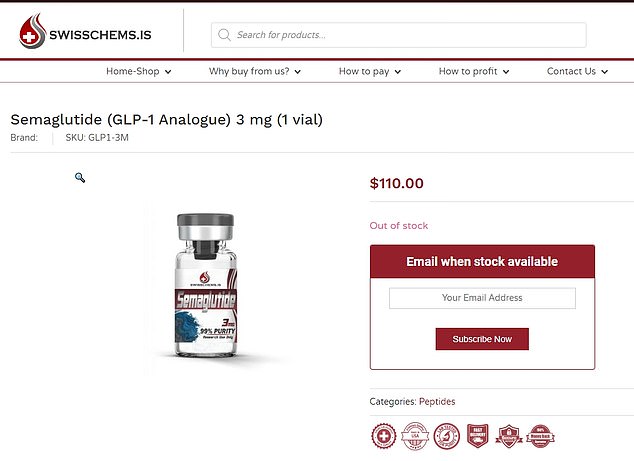 A global shortage of the drug was caused last year by a celebrity and influencer-fueled stampede, imperiling people who rely on it to treat their type 2 diabetes and leaving semaglutide out of stock even on some peptide supplier websites 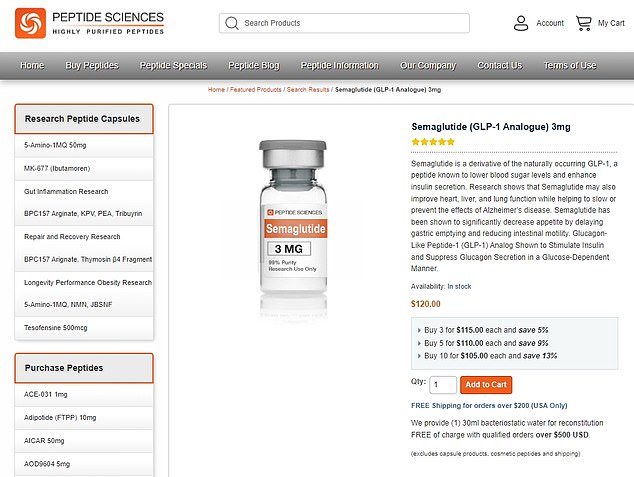 Another review on a separate website said: ‘My friend told me this on Reddit and I tried them. New way of WL [weight loss], which has substantial positive changes.’

Accelerate Labs even links to a video on preparing semaglutide injections at home, showing a woman dissolving the powdered chemical into water.

While most of the websites sell the powdered chemical alone, leaving users to separately source syringes and the bacteriostatic water, one website offers the water for free with large orders.

Dr Levy said this increases the risk of contamination and sterilization issues and warned that Wegovy needs to be taken with the oversight of a medical professional.

She said: ‘Wegovy is a prescription medication, and therefore it is meant to taken under the supervision of a medical professional. While Wegovy is safe and generally well-tolerated, there are side effects that are best treated by a physician.

‘Nothing about making this medication at home can be regulated; thus patients are at risk for exposure to unsafe ingredients, erroneous dosing and so much more.’

She added: ‘Making this medication at home seems incredibly unsafe on so many levels.’

Wegovy’s drugmaker Novo Nordisk is not selling the drug to any other manufacturers, meaning the semaglutide sold on these websites could be mixed with other substances that are not in Wegovy or Ozempic.

‘I know patients are desperate to take Wegovy to help with weight loss but this is not a good or safe way to access the medication. There is no generic version of Wegovy, and there will not be for a while.’

Wegovy became highly sought-after since it first became available in the US last year, after it showed the ability to drop a person’s body weight by around 15 percent over 68 weeks in clinical trials.

But its popularity, combined with manufacturing issues, led to month-long shortages of both Novo’s Wegovy and its sister drug Ozempic. 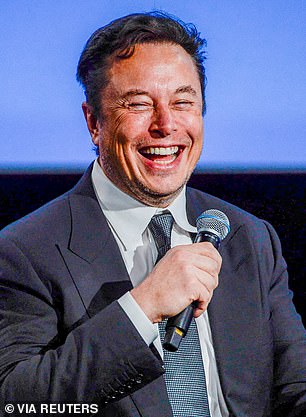 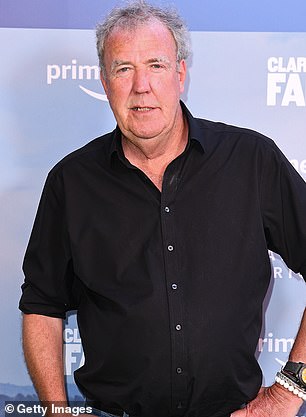 Everyone from Hollywood stars to tech moguls are turning to the injectable drug to stay slim, with Elon Musk crediting the drug in October for his recent weight loss. Pictured above, Elon Musk in August 2022. Jeremy Clarkson, 62, has revealed he has begun injecting himself with the ‘tremendous’ drug, Ozempic, after fearing he could develop type 2 diabetes. Pictured above, Mr Clarkson in 2017

Novo told STAT News in a statement that alternative compounded products ‘do not have the same safety, quality, and effectiveness assurances as FDA-approved drugs, and may expose patients to potentially serious health risks’.

Currently, no studies look at the interaction between the active ingredient semaglutide and any other substances that could be mixed in.

Wegovy and Ozempic work by triggering the body to produce a hormone called glucagon-like peptide-1 that is released naturally from the intestines after meals.

The hormone helps control blood sugar and makes people feel full so they know when to stop eating.

Results from a study of 2,000 people over 15 months show participants lost 15 per cent of their body weight on average, equating to (34lbs) (15kg).

The group received individual counselling sessions from registered dietitians to help them stick to a reduced-calorie diet and exercise plan, alongside the weekly injections.

But the drug-triggered side effects include mild or moderate nausea and diarrhea, but researchers said these were short-lasting and resolved themselves.