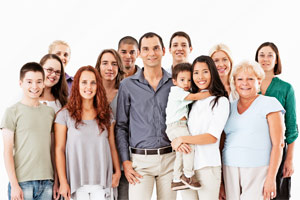 If you are tempted to look through rose-tinted spectacles and believe that age discrimination is a dead issue then think again. A recent study by Ageist Britain surveyed 4,000 UK adults and analysed thousands of Twitter and blog posts in the UK (Guardian Report by Amelia Hill, 19.8.19). People in their 3os were the most ageist and 1 in 30 people admitted to regular against everyone over 50 years. “Old Fart” , “little old lady” and “old hag” were the most used phrases on social media- other terms included “ladies/gentlemen of a certain age”.

The report found that 40% of people over 50 regularly experienced ageism. More than half of the over 50s believed that ageist language made them fell less valued, unhappy or alienated. TV shows reinforce stereotypes “doddery but dear” characters, advertise how to look younger and report regularly on the “burden” of old age to hospitals and the economy. A forthcoming Channel 4 film, Generation Z , will portray older people as flesh eating zombies who have stolen the resources and , finally, the flesh of the young. (Guardian 19.8.19).

Discrimination is not just a fact of everyday life when travelling, shopping or being a special target for scammers, but is hard-wired into social policy and neglect by government. Professor Bernard Ebbinghaus of Oxford University highlights that the proportion of elderly people living in poverty in the UK is five times what it was in 1986, the largest increase among Western European countries(Pension Reforms and Old Age Inequalities in Europe. Guardian, 18.08.19). The UK pensions system is characterised by ”rather ungenerous basic pensions with means-tested supplements”. Basic pensions in the UK are only 16% of average earnings and one in six British pensioners has to rely on means-tested supplements.

In health and social care the burden of older people is constantly emphasized with references to bed-blocking, excessive demand and lack of community support. As the Twin Towers tragedy unfolded I was in a meeting of 20 or so highly paid professionals discussing delayed transfers of care and these kind of discussions are still going on. Successive governments in the UK have fallen over themselves to protest how much they value older people and despite the policy solutions being readily available have subsequently sat on their hands doing nothing to reform the financing and staffing of services for older people. The clear message is that MPs and governments do not value older people regarding them as an irritation and nuisance. This is reinforced by their acceptance that caring for older people is an unskilled and low-paid occupation. Governments and MPs secretly wish that more of us would die sooner but at the same time refuse to countenance a right to assisted dying when living becomes intolerable.

In the face of an avalanche of age discrimination what is to be done? We are not alone. Children and young people , people with disabilities and from different ethnicities suffer from the effects of inequality and poor public service provision. To be effective in achieving change means building alliances with , rather than competing with, other sections of the community. Our 50+ Forum held a fascinating public debate in March 2019 on the issue of whether older people were limiting the future opportunities of young people. We found that we had more in common than to divide us leading to plans for greater cooperation in the future with mutual interest in fighting inequality and discrimination. Within the many groups representing older people presenting a unified front to government and politicians at all levels in pressing for adequate pensions , good quality social care services, transport, housing and an environment which facilitates participation in the community. This is a call to arms . We will not be patronized , patted on the head and blamed for problems which governments have failed to address, having promised much but delivered little. In the words of Dylan Thomas:

“Do not go gentle into that good night, rage , rage against the dying of the light”