Age Cymru has written to the First Minister Mark Drakeford MS and the Counsel General, Jeremy Miles MS expressing its shock at the all but total absence of older people in its plans to reconstruct Wales post Covid 19.

The Government set out its approach and plans in its report by the Counsel General, Jeremy Miles MS, Covid 19 Reconstruction: Challenges and Priorities, but references to older people in the report are largely absent.

Age Cymru told the First Minister and Counsel General that older people in Wales have been significantly impacted by Covid 19 as evidenced by the number of contracted cases and subsequent deaths. The charity also told the First Minister and Counsel General about the devastating impact the virus has had on many older people living with dementia, especially those living in care homes who have been largely isolated and unable to see their loved ones since the start of the pandemic.

The charity acknowledged the ongoing engagement with government officials throughout the pandemic so it could highlight issues and experiences affecting older people. It also welcomed Welsh Government support for older people through funding programmes such as the Friend in Need scheme and the work being done to develop the Strategy for an Ageing Society.

Age Cymru’s chief executive, Victoria Lloyd, said: “Given the constructive partnerships we’ve built with the Welsh Government during the pandemic, we  find the omission of older people from any priority in rebuilding astonishing.

“Older people have faced ageism and age discrimination from the outset of the pandemic which needs to be addressed in the long term. Older people have told us of the guilt they have felt because of the lockdown and feel that they are to blame which is clearly a result of the rhetoric of ageism that has perpetuated throughout the pandemic.

“Both younger and older people experience ageism, and we very much subscribe to the view that there is more that unites the generations than divides them. Indeed, older people experience many of the same issues that the document recognised for younger people. We don’t wish to see generations set against each other but for a genuinely age friendly approach to reconstruction.”

The charity highlighted that there was no reference in the report to the support needs of older unpaid carers who have been helping to prop up the social care system more than ever during the pandemic.

It also said that the social care system, which was struggling prior to the pandemic, will need to be a priority within any post pandemic reconstruction as the system tries to support those older people waiting for treatment from the NHS.

Victoria Lloyd added: “Having made more than a 1,000 telephone calls to lonely older people each week during the pandemic, we have been able to hear first-hand some of difficulties they have had to face. Many were already lonely and isolated and living with multiple chronic conditions but, the pandemic has heightened the impact on their emotional and mental health. We also frequently hear that older people are worried about leaving their home as lockdown eases and shielding stops and whether they could cope with a further lockdown.

“As we move to recovery support will need to be available to help people recover their emotional and mental health, and to build confidence in their ability to re-engage and participate in their communities. Some of the support and opportunities that may previously have been available, such as day centres, may no longer exist in communities because of funding issues. Places where older people could connect with others, as well as accessing services such as nail cutting or flu jabs.”

“Older people can be key contributors to the reconstruction of communities whether through the economy, volunteering or caring. Let’s not exclude them from this process.” 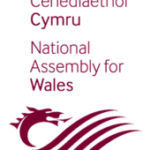