Chair welcomed members to the fifth meeting of the Arts Crafts and Leisure Group. Michael Goode was the presenter at this meeting. Michael an accomplished local artist/printer, specializes in work based on natural land and seascapes. He uses a variety of printmaking techniques which include screen printing, linocuts and collographs. Michael bought a selection of his prints to the meeting which illustrated the various methods that he uses. He will be organizing ‘Craft Central’ an exhibition of local Crafters, to be held at Art Central Gallery in November/December.
​ACL will make a visit to the exhibition at our November 26th meeting, as part of our Pre Festive get together. There will be Craft goods to purchase at the Gallery from the Crafters working there.
Forum News: Chair reported that the AGM held on September 19th was just about quorate with 31 members. Keynote speaker was Victoria Lloyd the CEO of Age Cymru.  Ron Walton, Chair of Health and Equalities was ratified as Vice Chair of the Executive. He will support Lynda Wallis, Chair of the Executive. The International Older Persons Day Event on October 1st, was held in Llantwit Major. Venue was CF61, the new rural H.Q for GVS, Glamorgan Voluntary Services. A number of activities were provided by the Forum Executive, however the local footfall was low. It was decided at the Chairs meeting on October 7th that the August Executive meeting would be dropped from 2020. This was mainly due to low attendance during that month.  ​The Herald still lives on in its old form !!  Martyn Jones will continue to edit the magazine for publication annually in April.
Art News: Current Art Central exhibition is, Iron Maidens 2 Made in Wales/ Line and Form. Finishes on October 19th. This to be followed by CASW, Contemporary Arts Society Wales, exhibition, entitled ‘We Make Art Too’ This runs from October 28th to November 16th. Gallery is open Monday to Saturday. It opens at 9.30am to 4.30pm. Closes at 4pm on Saturdays. Free admittance.
Members present: Gill Davies: Chair, Ron Walton, Anne Marie Little,  Lee Stuart, Elaine Hardy, Val Walters, Ann Sear, Kay Burns, Tracey Harding, Art Development Officer, Vale Council. Michael Goode Presenter. Apologies: Mark Collard and Brian Power.
NEXT MEETING: TUESDAY NOVEMBER 26TH. PHIL JOHN ROOM. AT 2.30PM. END OF YEAR FESTIVE GET TOGETHER !   VISIT TO CRAFT CENTRAL ART CENTRAL GALLERY. 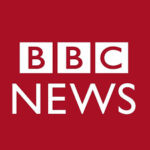 Health news from the BBC for October