999: On the Front Line viewers broke down last night as paramedics found an elderly woman performing CPR on her husband who had already passed away.

Lilian, from Stoke, called an ambulance after having difficulty waking her husband John, 74.

After arriving at the couple’s home, paramedics Sian and Paul were forced to break through the glass back door to gain access to the property.

Upstairs, they discovered Lilian – who struggles with mobility issues and couldn’t answer the door – tirelessly trying to resuscitate her partner. 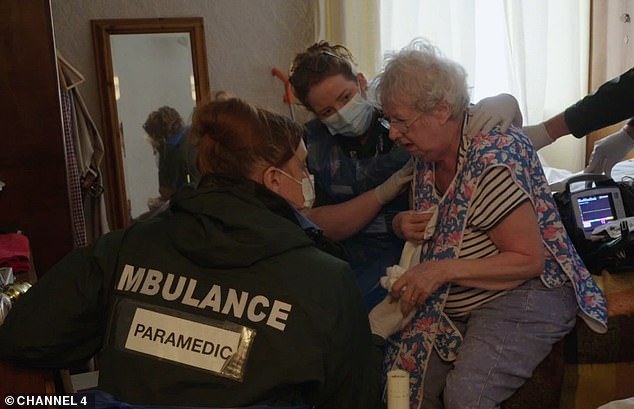 Lilian appeared on the latest episode of 999: On the Front Line which aired on Channel 4 last night

Speaking to camera after the call-out, Sian said: ‘It was obvious very quickly that John had unfortunately passed away.

‘Our main concern at that point was caring for Lilian because she was physically and mentally exhausted.’

The paramedics said the grieving wife was on the verge of collapse after she carried out chest compressions on her husband – who had suffered a cardiac arrest – while waiting for the ambulance to arrive.

While being comforted by Sian and a member of a secondary paramedic team, Lilian said she called 999 that afternoon as it was clear John’s condition was deteriorating ‘quite quickly’. 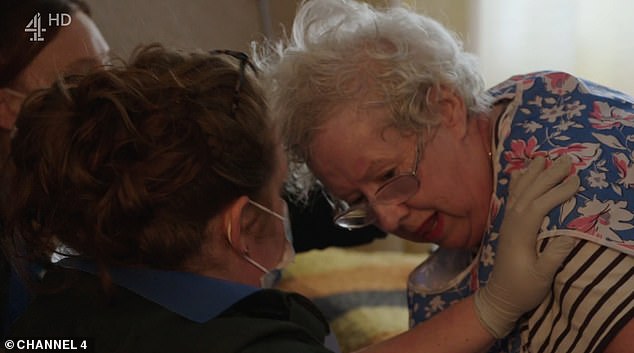 The widow had been tirelessly trying to resuscitate her husband John, who had gone into cardiac arrest

She explained: ‘I came up, I don’t know what time it was and that’s how I found him.’

Before he passed away, Lilian thought her asthmatic husband may have been battling Covid.

Breaking the news to her gently, Sian told the widow: ‘Lilian, it does look like John is gone, I’m afraid.’

Fighting back tears, the grieving wife replied: ‘I know, I know.’ 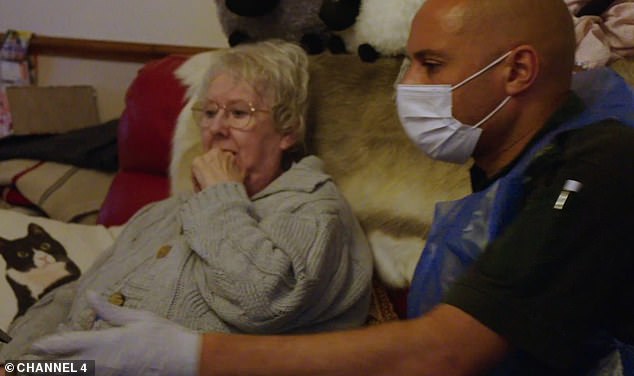 Paramedic Paul (right) sat with Lilian (right) as they waited for her sister to arrive. She told him: ‘I’m glad you were here as I don’t know how I would have coped.’

Sian said to camera afterwards: ‘I’ve never seen anyone quite as exhausted as she was. She was in a state when we got there.’

After organising for Lilian’s sister to come over to the house, the paramedics helped the widow climb back down the stairs – and were amazed how she had managed to get up them on her own to get to John that day.

She added: ‘John always help me [up them]. He’s been a brilliant husband.’

Once they got her downstairs, Sian made Lilian a cup of tea while Paul set about cleaning up the broken glass from where they had to force entry. 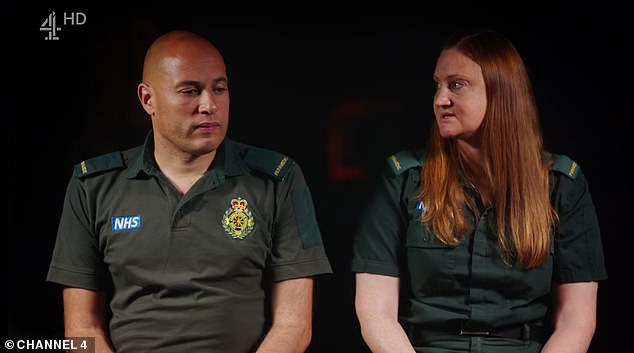 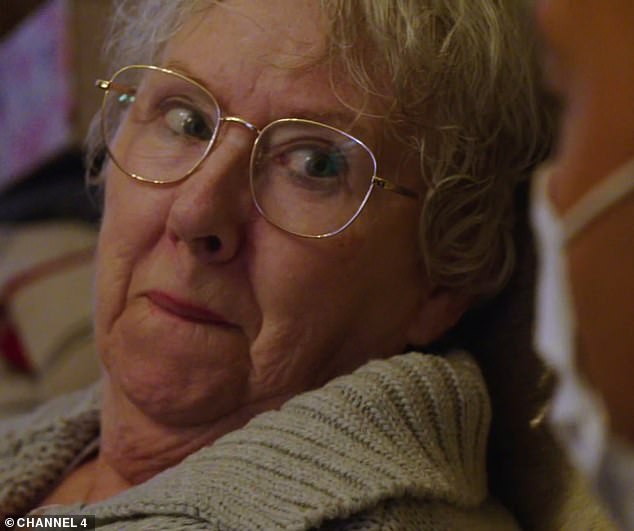 Sian said: ‘Sometimes a bit of human touch is really important. Just making them feel like they’re not on the their own can be a really important part of our job as well as everything else we do medically.

‘It’s really important to show somebody that we care.’

As Lilian recovered on the sofa, Paul confessed to breaking Lilian’s glass door – which prompted her to to joke he deserved a ‘smack’.

The paramedic then reached down to give her a hug and express his condolences.

‘I’m glad you were here as I don’t know how I would have coped,’ she told them.

As they waited for her sister to arrive, Lilian showed the paramedics a framed photo from her wedding to John at a registry office in Newcastle.

Comforting the widow, Paul told her: ‘You can never take memories away, you’ll always have those – regardless of what happens.’

After the Channel 4 show finished airing, emotional viewers praised the paramedic team on Twitter and described them as ‘superheroes’.

One wrote: ‘I love how caring and compassionate our ambulance service are… Absolute diamonds.’

Another added: ‘They were amazing with the old lady.’

‘God that was super emotional,’ a third wrote.

Tweeting at Prime Minister Rishi Sunak, a fourth said: ‘If you want to see what our fabulous paramedics do on a daily basis watch 999: On the Front Line. [They were]  caring for an elderly lady who was giving her husband CPR knowing he had died. Pay them what they deserve.’